The apartment is located in a 1960s apartment block in the centre of Lissone, Northern Italy. Although the concept behind the original layout of the apartment was to a high standard and worked sufficiently as a functional living unit, it was difficult for occupants to impose their identity on a design that is created for the masses. The objective of the renovation was to create an apartment that was more suited to the needs of its occupants, creating a canvas from which they may develop as a family.

The redesign of the apartment interior revolved around two intertwining central themes: the influx of natural light, and the freedom of movement. A number of the interior walls were removed and replaced with a diagonal walkway that keeps both the concept of fluidity constant, whilst creating a meta-physical barrier between the rooms. The diagonal cross-section was built around the structural framework of the apartment, to give a sense of order and coherence within. This order and structural conformity is emphasised by the manner in which the walls have been carved into to create bookshelves, counters and cupboards, and relieve the flat from additional clutter. The floor-to-ceiling double doors also belong to this system, and when opened become part of the wall itself.

The materials used throughout the renovation were selected to form a symbiosis of comfort, solidity, agelessness and modernity, whilst maintaining both functionality and personality. This is highlighted in particular by the duality of the handcrafted pieces of furniture and vintage ornaments dotted around the apartment, together with the concrete elements used within the kitchen. 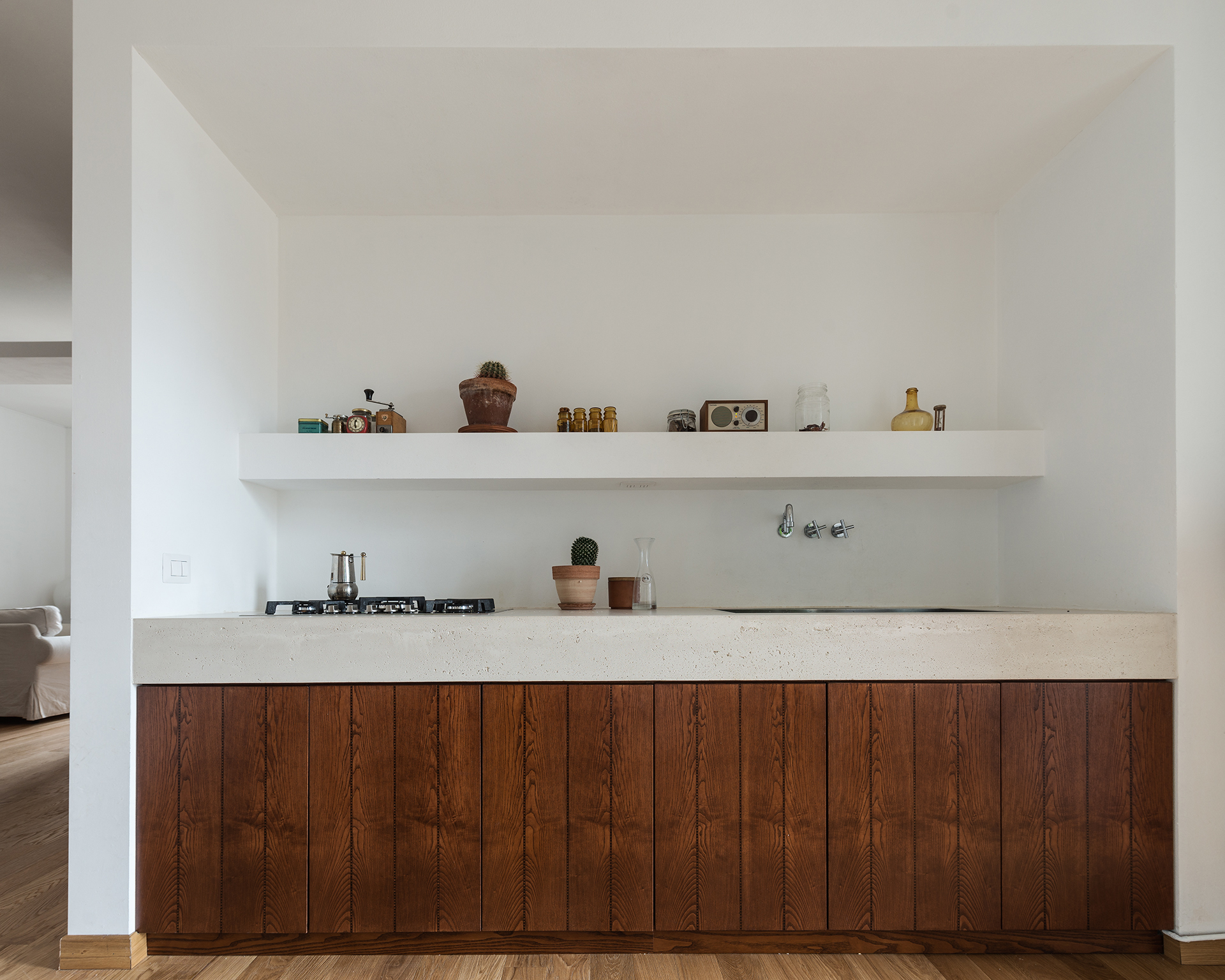 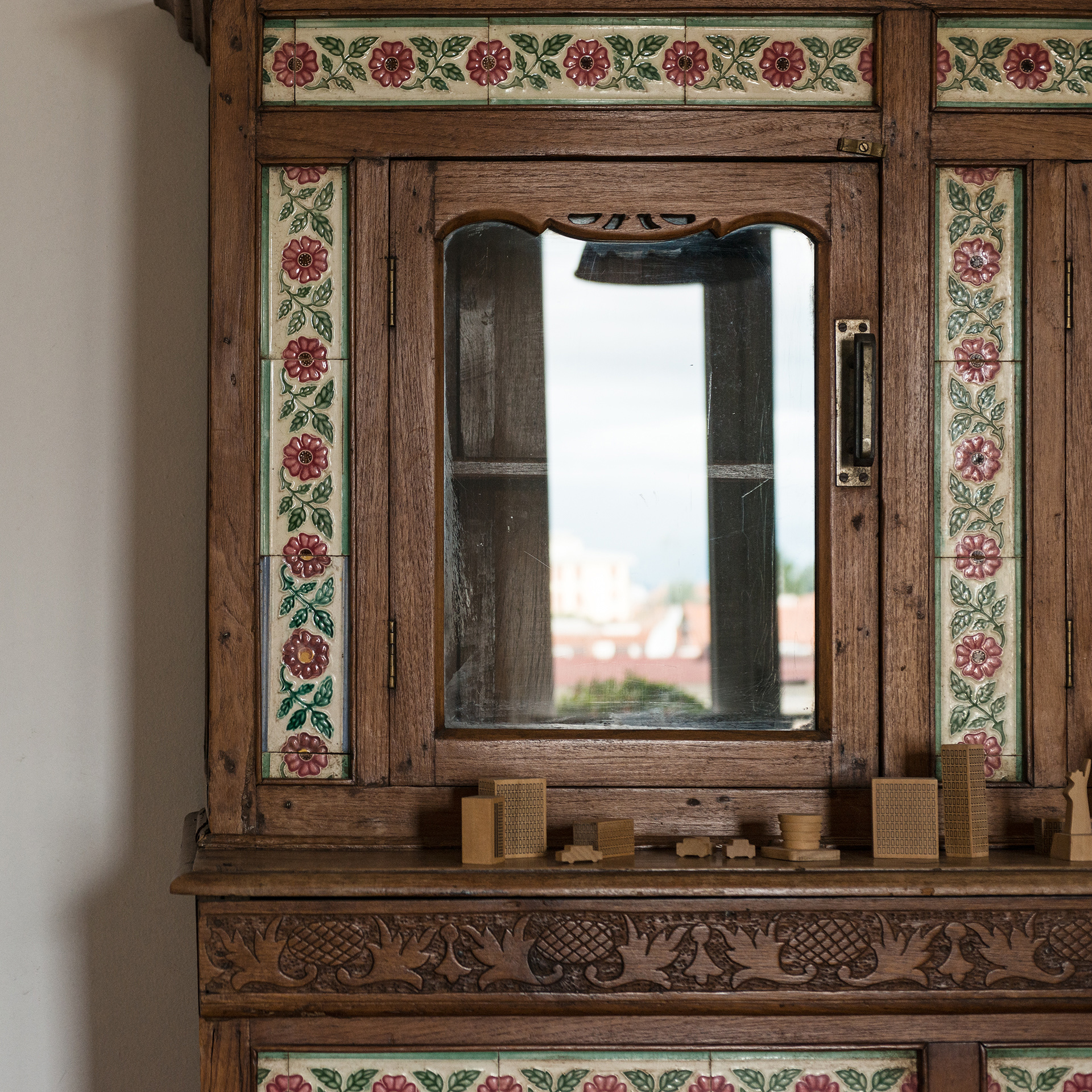 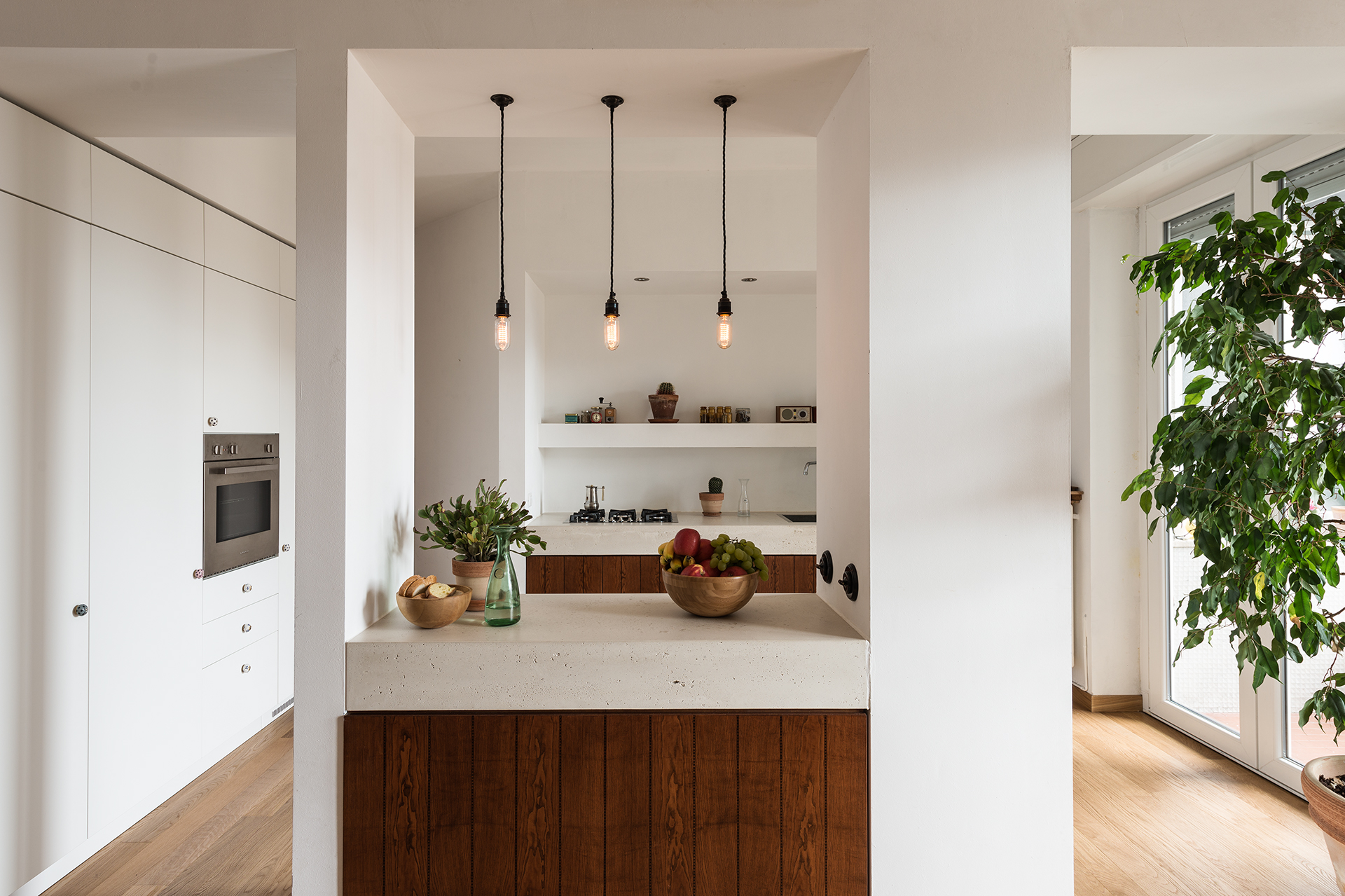 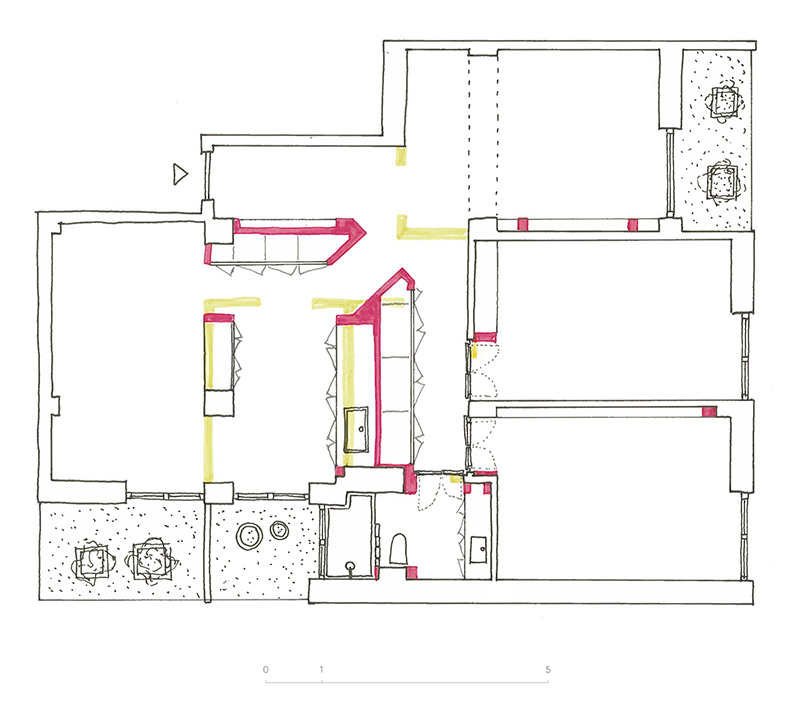 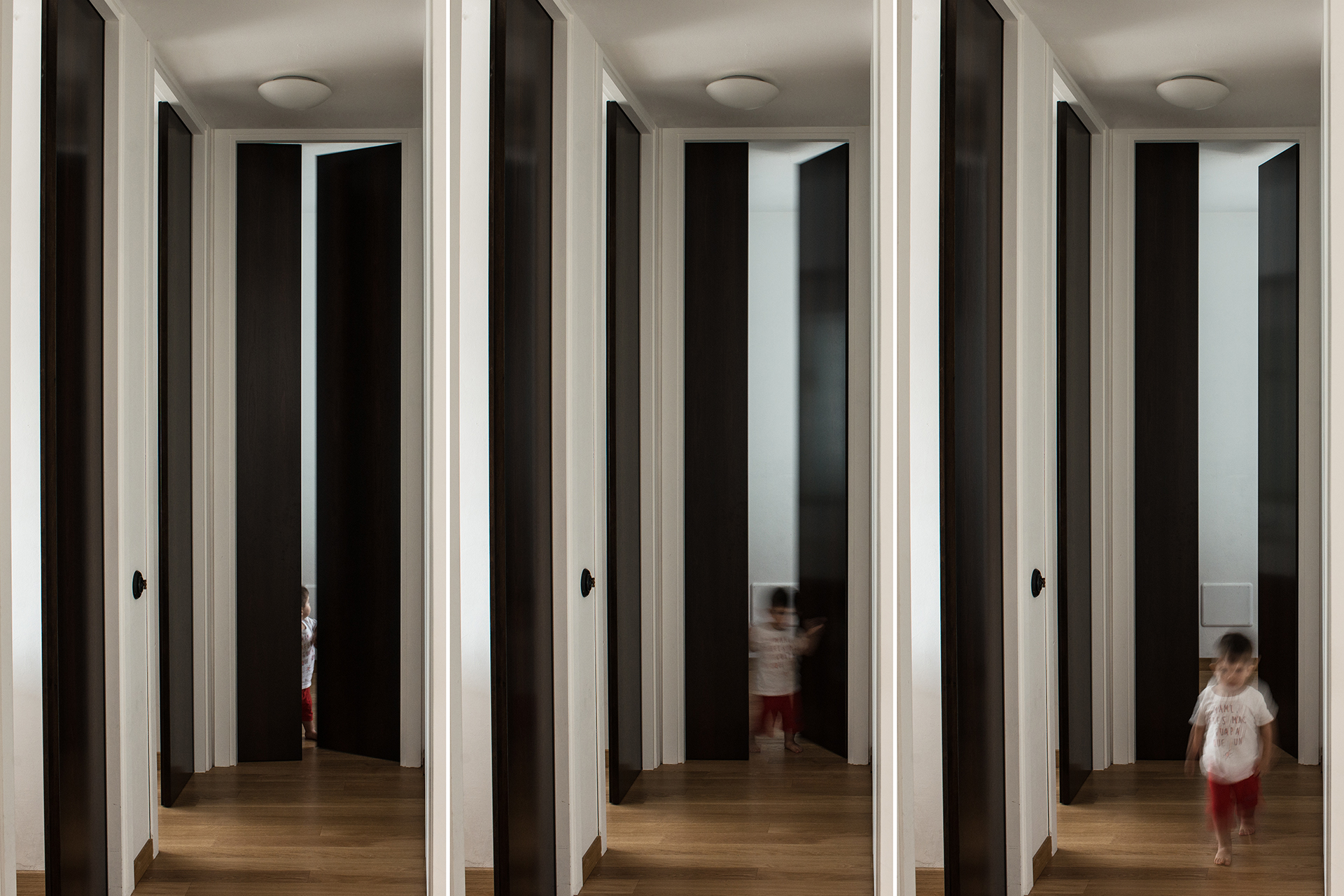 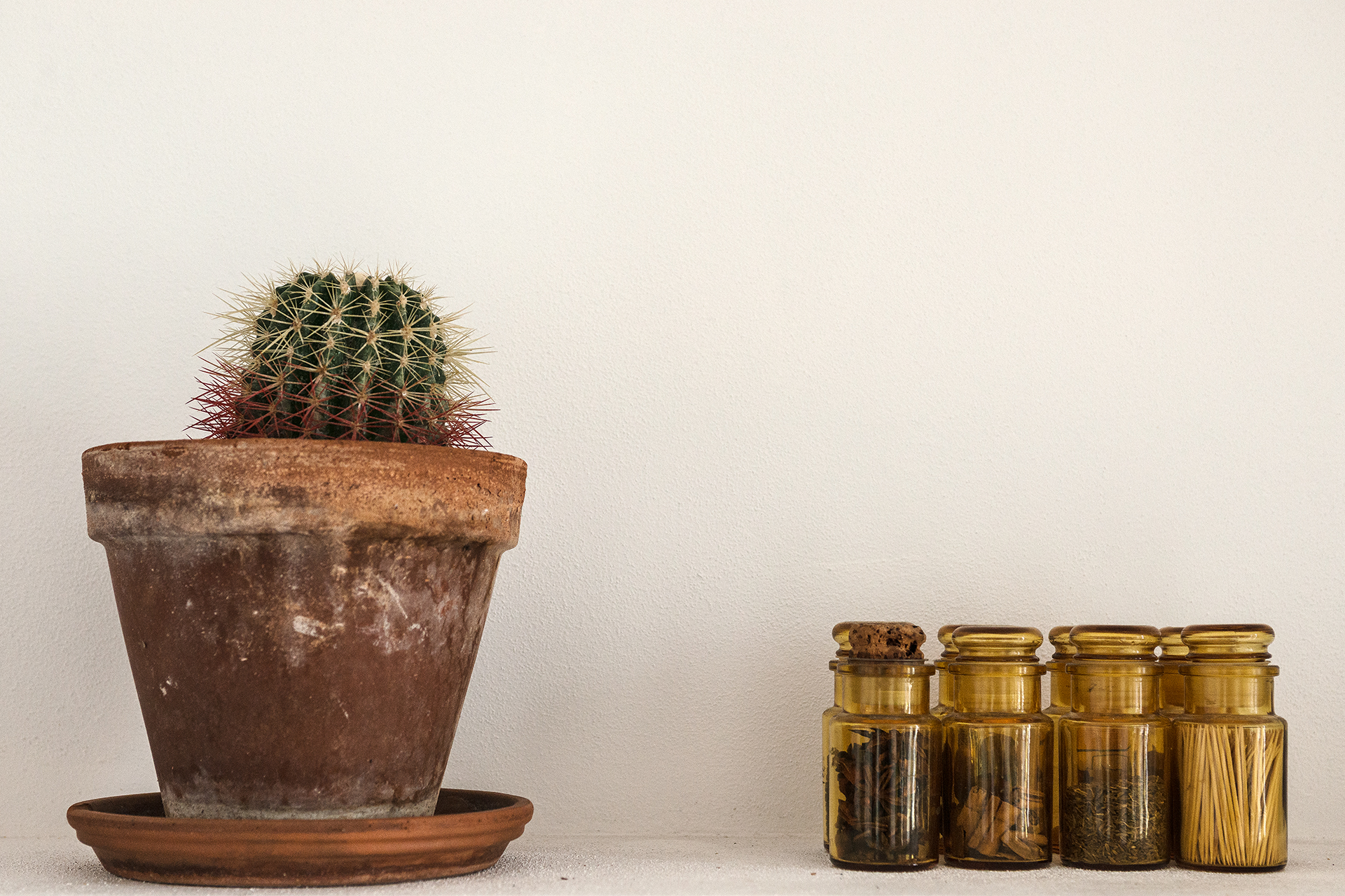 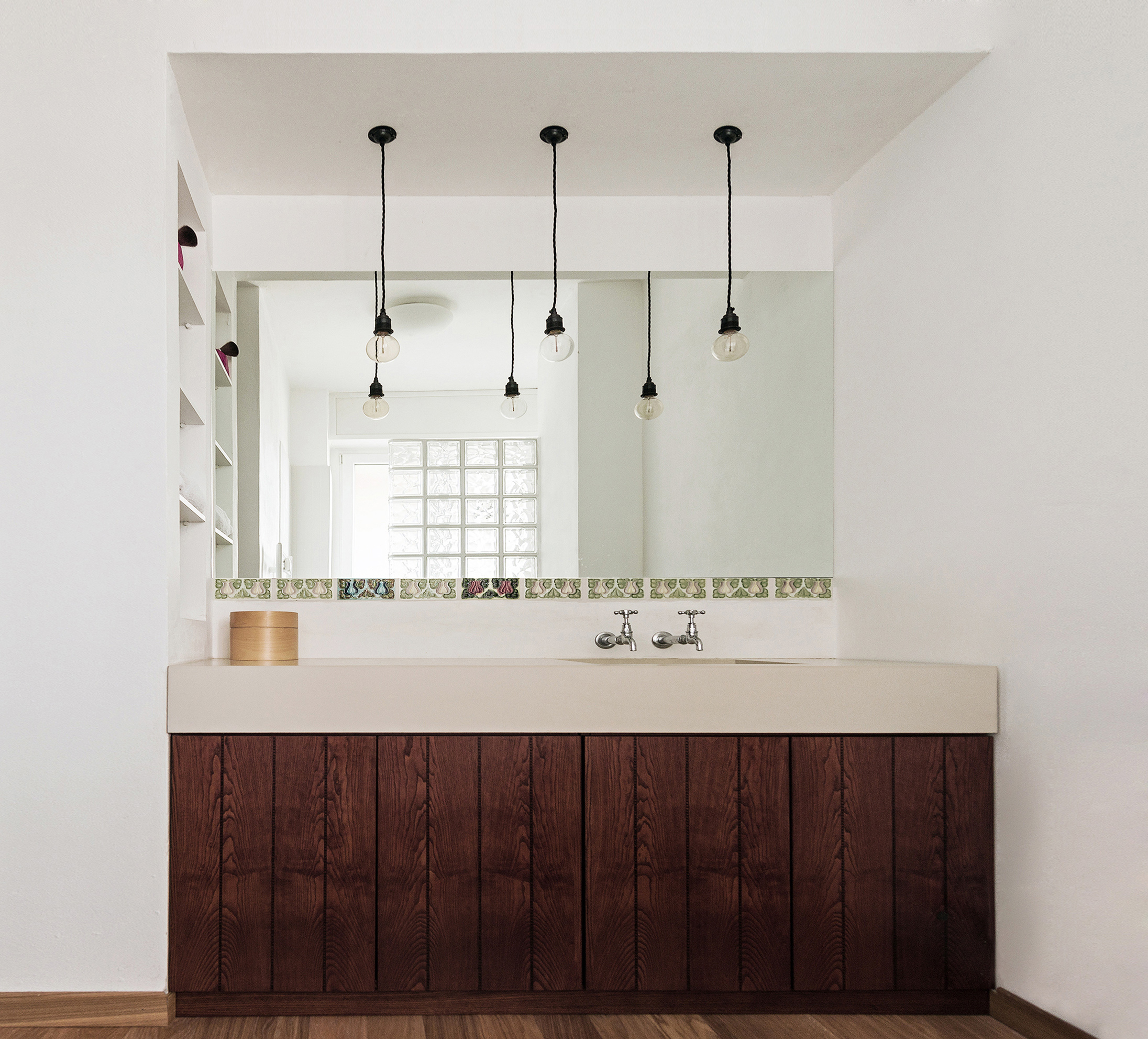 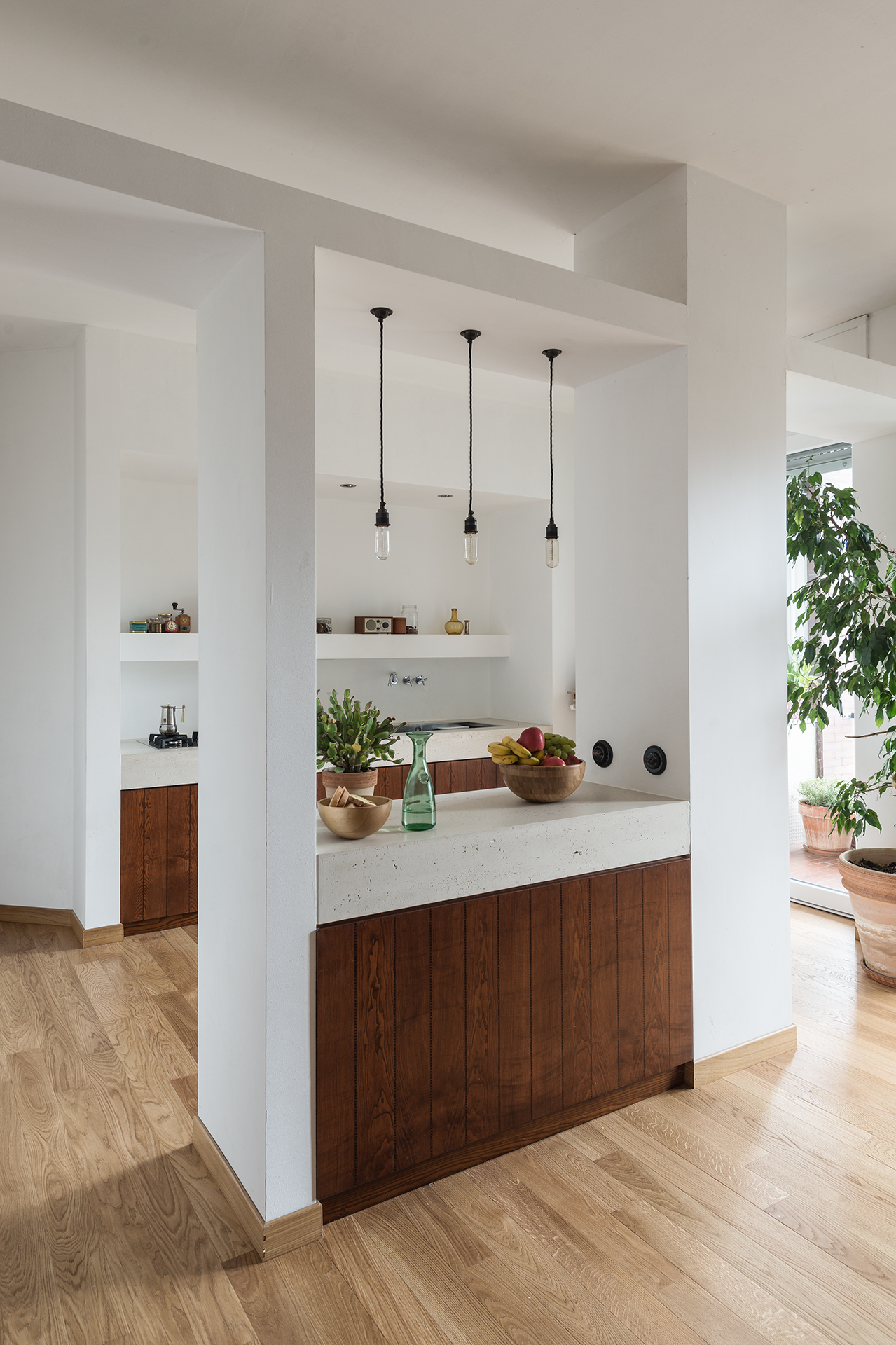 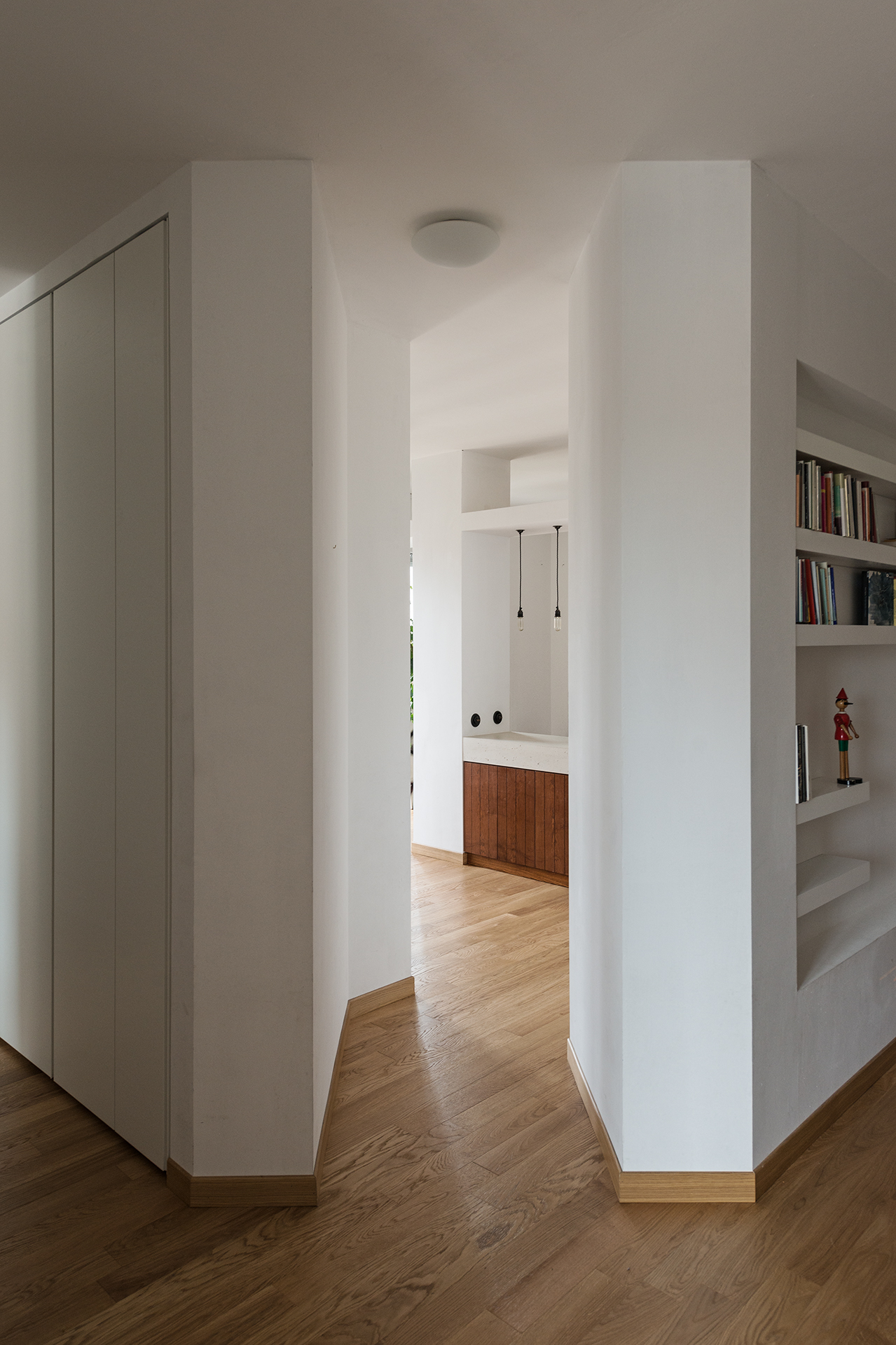 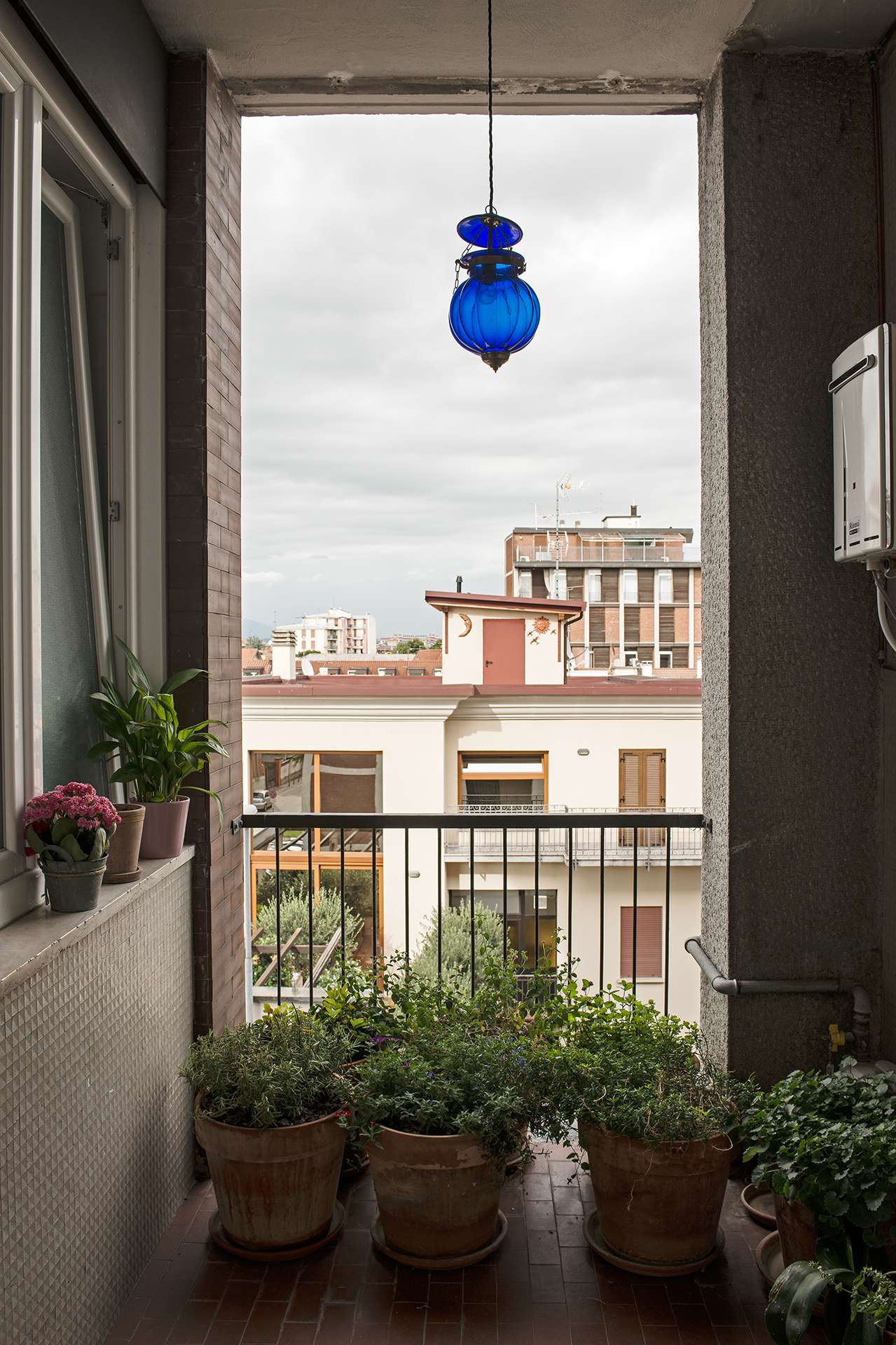 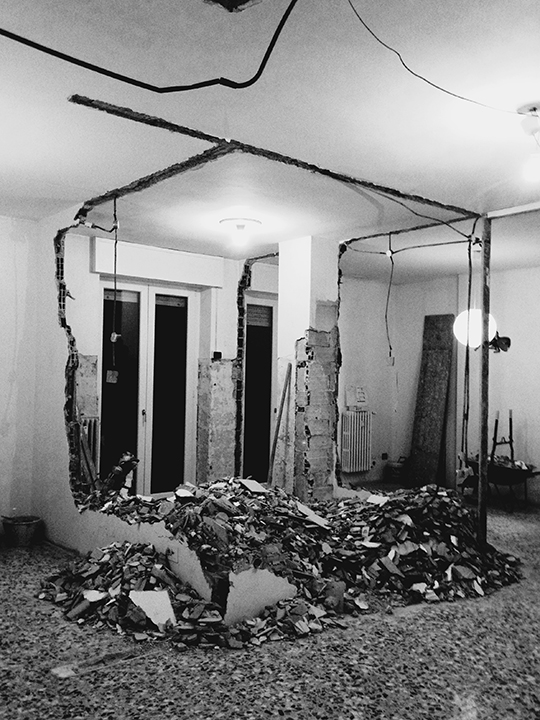 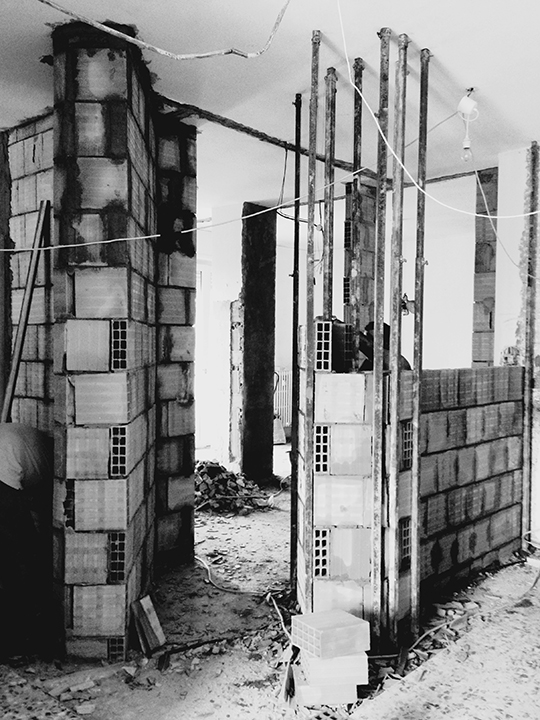 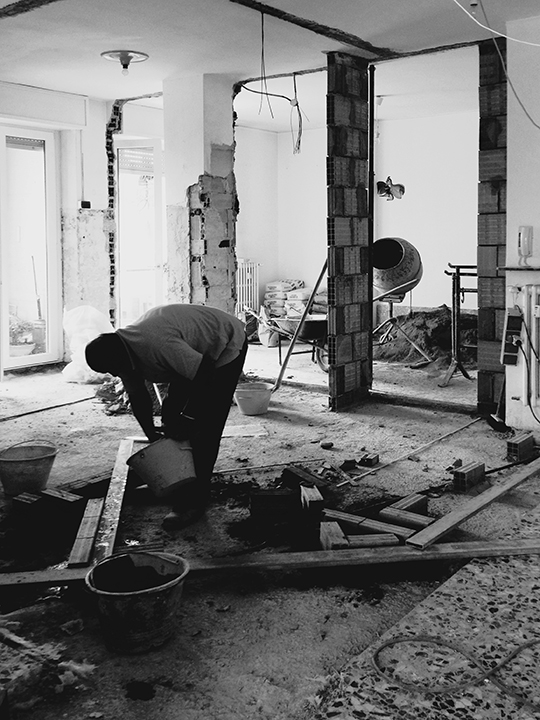 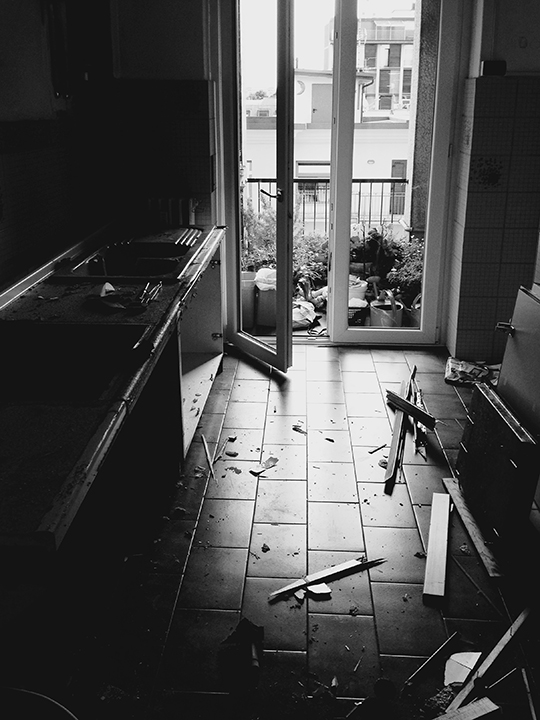